Some bikers dream about being like the guys in the movie Easy Rider, where they head out on their bikes with basically nothing but the clothes on their backs. The ultimate freedom, as it seems, what every biker might be in search of.

I have always wanted to ride a motorcycle cross country because it seemed like the perfect way to see America up close and personal. Challenging because of the danger, uncertainty, unknown weather conditions and overall personal safety.

There used to be a saying “Go West Young Man” from which I am not sure but when I was young I can tell you this trip could never have happened. Usually because of the cost. Its difficult to pick up and go when your young enough and have time on your side because usually you don’t have a bike or the money for one.Â  Now as I am older, time has become available to me and money is no longer an issue. So whats stopping most of us who ride to just pick up and go? 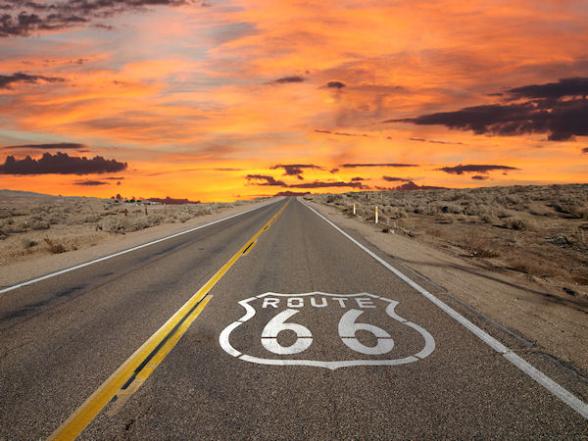 It takes some “guts” but usually its just getting that bike out of the driveway that is the hardest part. The vast majority of us are wired with fear of the unknown. We take comfort in dreaming of the big ride but most times come up with reasons why it can’t be done instead of just doing it. It starts with getting that bike down the driveway and taking it one day at a time. I have met a lot of guys who ride great distances by themselves and when they tell their tales we all listen with a bit of envy because we know he’s got the “guts” to do what we only dream of. Funny thing, is that I have never spoke with one guy who said he wished he didn’t do it. Never heard one guy talk about how scary it is or how lonely he is out there by himself.

So this week, I hope to find the “guts” to get on my bike and finally get down that damn driveway. All my excuses have been used up and time is beginning to run out.

e been made and the time is now.

Keep an eye out for future posts as I make my way out west to Tennessee, NOLA, Texas, Oklahoma and the likes. A lot to see and hopefully a lot to write about.